The Great Estate presents Garden Gatherings; a brand new socially distanced event within the beautiful grounds of Scorrier House. Enjoy blissful sounds from some of the best acts from around the UK and the South West from the safety of your own bubble.

Get that #fridayfeeling on Friday 18th September

We are kicking off Garden Gatherings with a bang with Newton Faulkner headlining our very first gathering at Scorrier House on Friday, 18th September. Bringing some favourites with him such as Dream Catch Me, I Need Something and the revered cover of Teardrop. Faulkner’s second studio album, Rebuilt by Humans, was released in 2009 and charted at number 3 on the UK Albums Chart. After an accident to his right wrist, he said that he had “been put back together again by humans”. Faulkner has been very busy over the last few years writing, producing and releasing new music including the recent track “Together” which is part of his new project being released throughout 2020 & 2021.  Expect to hear this along with a number of new songs written this year.

Local support acts Perfect Blue Sky and Winter Mountain will create the perfect atmosphere for you to enjoy from the safety of your own bubble. So bring your deck chairs, and picnic blankets for the first of many socially distanced live events.

Keep on scrolling to find out more….

Daytoner  will be bringing their mix of funk, soul & breaks to Scorrier House, with local legends Penny Eyes in support. If this wasn’t enough – the Silent Disco DJs will bring you the biggest tunes to have you dancing the night away at their Silent Disco Laser & Glow party. Catch Natz & Danea B spinning their awesome beats as the sun goes down. Don your best day-glo and fancy dress and let’s have a party! Book your Saturday night bubble here: https://bit.ly/GGWebFAQ

Sunday 20th September is going to be a bouncy one!

Our Sunday headliners, Mad Dog Mcrea, are firm favourites on the festival circuit. They never fail to capture their audience with their infectious songs. In constant demand and having played just about every festival and two-bit, jibe-arsed dive in Christendom, Mad Dog Mcrea are, in every sense of the word, a live, band. And just when you think Sundays couldn’t get any livelier, lets throw local heroes Land of the Giants and Bonetired to the mix. Better book off Monday, as this is going to be a bouncy one!
Get your Sunday tickets here: https://bit.ly/GGWebFAQ

More weekends to be announced, so keep your eyes peeled…… 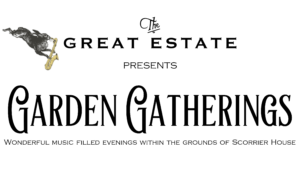