Home > Stage On The Green > The Correspondents 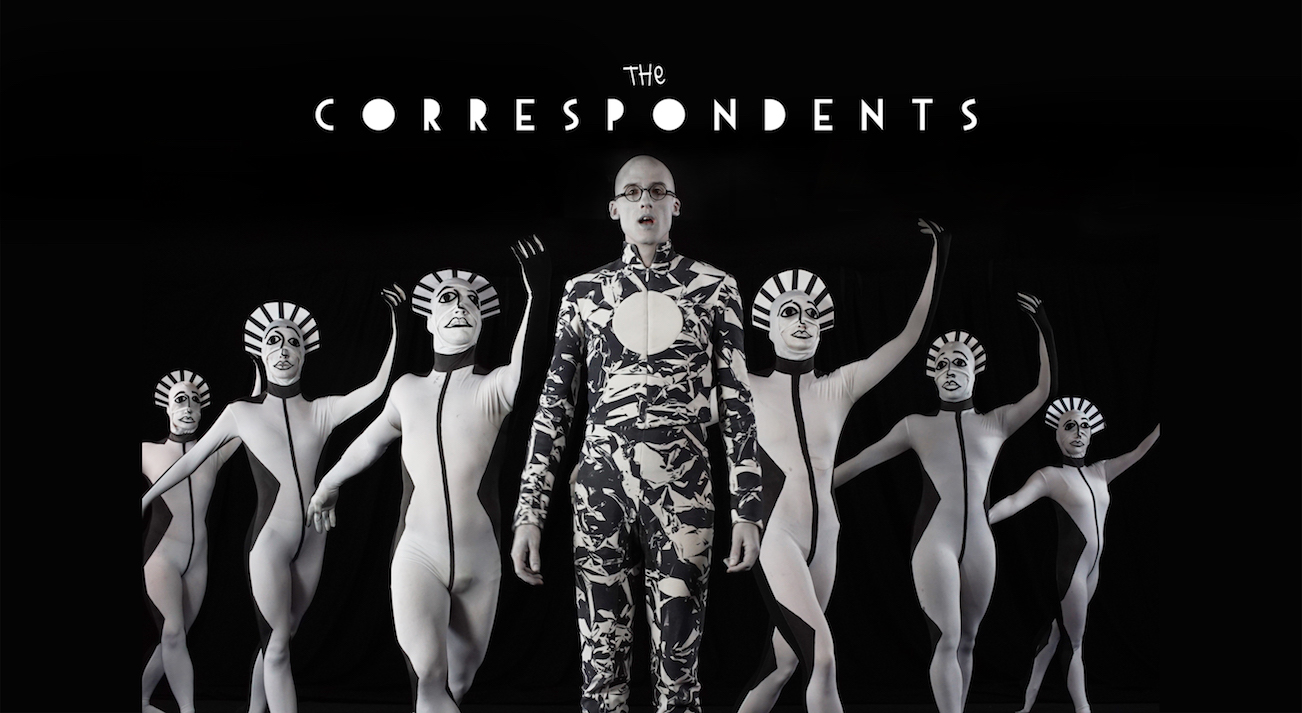 More than a decade into a very colourful career The Correspondents continue to surprise and astound with their genre-defying dance music and whirlwind live performances that have taken them round the world accruing an ever growing cult following.

It’s hard to pin down exactly what they do. Mr Bruce dances in a tempestuous whirlwind of monochromatic energy while singing, rapping and scatting about the trails and tribulations of love, lust and social ills. Chucks takes the crowd on a musical journey from the retro sounds of the Swing Era to Blues and 60s Soul, and then out the other end into Electro, Hip Hop and Drum’n’Bass. Their legendary life shows have earned them The Telegraph’s Glastonbury Highlight two years in a row.

Since their first EP ‘What’s Happened to Soho’ and their debut album ‘Puppet Loosely Strung’ The Correspondents have honed their ability to take the listener on a journey through the genres while whole heartedly embracing a pop sensibility. Their 2017 album release ‘Foolishman’ sees this ethos in action with swung beats, funky synth arrangements and rolling baselines married to lyrics that lament, celebrate and lambast the deceit of politicians, the ebb and flow of mental health and the perils of going out.

Their latest EP, ‘Who Knew’, is the same playful foray into very different sounds executed with candour and finesse. Whether it be an earnest up tempo love ballad reminiscent of the Cure or an explosive electro funk track where Mr Bruce faces up to his own complicity in the climate crisis, they show that this is a band who can create increasingly sophisticated music designed for the dance floor.

Aside from the music itself The Correspondents have become renowned for their videos that are consistently unique in style and pioneering in technique. 'Fear and Delight’, a collaboration with visionary film-maker Naren Wilks, has had over 4 million views on youtube and won awards from the VMA and Berlin Music Video awards. Singer Mr Bruce is himself an award winning animator and filmmaker and has turned his hand to several music videos for the band over the years with astounding hand drawn and hand painted techniques.