Electric Pyramid are a group of musicians and friends united by their passion for rock music and its ability to move people.

In a world of digital artifice and computer-assisted production, the band are taking things back to the good old-fashioned artistry of live studio recording, with a neo-hippie feel that draws influences from the psychedelic sounds of the sixties and seventies.

Between them, the group have already amassed an array of impressive credentials. Having previously opened for The Rolling Stones in Hyde Park in 2013 and Queen + Adam Lambert on their 2016 European tour, singer/songwriter Ol went on to form the band. Electric Pyramid soon picked up members from all over the world, with Mexican-born Christian Mendoza taking guitar, keys and vocal duties. Christian has toured the globe with a diverse range of artists, from Nelly Furtado to Enrique Inglesias and Vernon Reid. London’s Linus Taylor (guitar and vocals) is well known on the city’s blues scene and has toured internationally as a member of Bryan Ferry’s band. Italian-born Luigi Casanova (bass and vocals) has performed with Brit blues musician Joanne Shaw-Taylor, plus Joe Bonamassa and Foreigner. British drummer Chris Brice (drums, percussion and vocals) studied percussion at London’s prestigious Guildhall School of Music, and previously supported Coldplay on their European stadium tour. 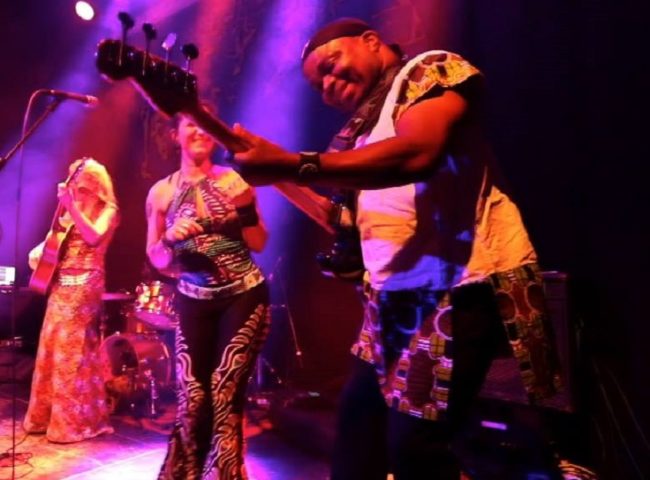